Neurodiversity (noun): the range of differences in individual brain function and behavioural traits, regarded as part of normal variation in the human population (used especially in the context of autistic spectrum disorders). 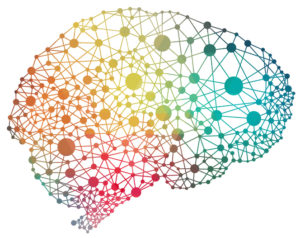 Neurodiversity is a term I don’t think I had heard until about 3 years ago, despite being a diversity and inclusion specialist. It is one of those terms that benefits from a little unpacking and a lot of learning. And that is exactly what the #STEMConnext event “What is Your Superpower? How to kickstart the neurodiversity conversation at work” was about on 26th November 2019.

Getting off to a great start at the Curious Lounge in Reading, each of us had to declare our superpower on our badge – a brilliant ice-breaker! My favourite was probably “herding cats” (wish I had thought of that) but several people took this opportunity to disclose their superpowers of dyslexia, ADHD or autism and I thank those who did for starting the conversation straight away.

Gill Cooke a.k.a. #STEMConnext superwoman, had assembled a fantastic panel, a mix of people with diagnoses of neurodiversity and people who are already leading the conversations that need to happen to make the workplace more inclusive. The audience was similarly varied and gave really valuable input and experiences from the audience throughout the evening.

Questions for the panel included “Why is it important that we start talking about neurodiversity at work?”  and “ What can we do to start the conversation?”. The discussion was extensive and animated but I want to share here a few things that have remained with me.

Diagnosis – just how many of the people on the panel and in the audience received their diagnoses as adults only after their children had been diagnosed as neurodiverse and they recognised behaviours in themselves.

“Making the business case” – Ray Coyle from Auticon outlined alternative ways to make the business case for starting the conversation. He suggested that the cost of not having these conversations can not only be expressed in terms of sick-days, mental health issues and wellbeing of neurodiverse employees but also in terms of the cost of simply wasting brain power. His company employee only autistic consultants as their version of “spiky intelligence” particularly benefits his clients.

The promising speed of awareness change – as I said at the start of this blog, neurodiversity was not much discussed as little as 4 years ago but now many large businesses are at least expressing interest in developing their understanding. Ray likened this to the rapid progress in inclusion of the LGBTQ community and attributed this to the “coming out” of senior figures encouraging more general disclosure. This is starting to happen in terms of neurodiversity with e.g. Richard Branson being very open about the role dyslexia has played in his life.

For line managers – Jill Miller from CIPD noted that we expect a lot from line managers, but actually the most significant impact they can have when someone discloses “spiky intelligence” is to say “Thank you for sharing that with me. How can we/I support you?” – recognising that different individuals need different things to be their best selves.

For activists – start talking about neurodiversity and keep talking about it. The more you talk about it, the more you will discover people with direct personal experience. This can help build the peer network that Ruth-Ellen Danquah described as being so valuable.

For everyone – Jessica Dark encouraged us to make neurodiverse friends to raise your understanding and awareness.

The evening ended on a positive note with the feeling, backed up with testimonies from the audience, that things have improved greatly and confidence that the experience of children diagnosed today as neurodiverse will be far more positive than those of the panel and the audience. And the phrase that is still running around my head is “The neurodiverse are the canaries – they react strongly and quickly to things that many people would prefer to change (e.g. open plan offices and fluorescent lights).” Making the workplace more supportive for neurodiverse individuals is likely to make things better for everyone.

What better motivation could you have for kickstarting those conversations.