How to make the most of, and support, staff networks

May 12th is National Staff Network Day. Let me start this post by saying a huge thank you to all those staff network members that I work with across many projects. You are awesome and teach me so much. 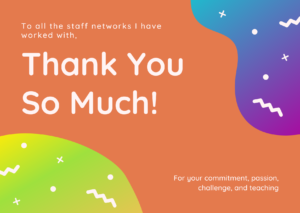 It is often said that diversity and inclusion initiatives must be led from the top. I agree that authentic Board level champions are vital. However, I have found most progress is made when there are also active staff networks, (sometimes called employee resource groups) for groups currently under-represented or facing particular challenges. Setting up such networks sounds straightforward enough, but through working with, and in staff networks over the years, I’ve learned it’s not always that simple. I’ve picked up a few tips along the way that I share with you here.

What are staff networks, or employee resource groups, for?

Many staff networks start as peer support groups for under-represented groups, sometimes taking on an advocacy role within the organisation. More developed networks might also have an allies programme associated with them (most well-known around the LGBT+ community thanks to Stonewall Allies programme, but increasingly including white allies to staff networks for people of colour, and male allies for women’s networks). You might typically find these networks taking responsibility for awareness raising events such as Black History Month, International Women’s Day, or PRIDE. However, there are many more ways that staff networks can, and do, impact positively on the organisation if you enable and empower them to. For example:

I think this is why the term “Employee resource group” is becoming more common at least in some sectors and organisations. However, we are also seeing some broader “Diversity and Inclusion” employee resource groups that are not focussed on a particular group but are looking from a broader perspective. They expect to be shaping the organisation-wide direction from the outset.

What challenges do such groups face?

Time: Members and chairs of staff networks are almost always doing this role voluntarily on top of their usual job. This means that when the demands of the usual job are heavy, network activity can be reduced unless there is a broad committee prepared to take on the role when individuals are overwhelmed. Too often the roles are not recognised in formal reward or progression mechanisms.

Influence: Some staff networks can be buried under so many layers of committee that their influence is muted or at worst negligible. When the networks are disconnected from decision making to this extent, network members can become frustrated at lack of change, feel unheard, and, though the network may continue as a supportive peer group, it may be very dependent on key individuals. The collective frustration can lead to further lack of representation in the worst cases.

Support: Network chairs frequently become unofficial counsellors, HR advisors, trainers, events organisers, communications managers and confidantes for other staff. If there are many negative experiences being endured by staff, this can be a heavy load for network chairs, particularly when staff bring upsetting emotional experiences but “don’t want to say anything officially”. Of course this is a signal that there is a problem with culture in that area, but regardless the chairs need somewhere to put down that load safely. They may find it hard to put down because the chairs are likely to identify with some of the experiences and to be emotionally invested and passionate about making the situation better.

Purpose and membership: At some point, most networks go through the “should we let the majority group in” debate. The position is likely to vary depending on the organisation and issues faced by each group. In my own experience, I have observed the relatively early establishment of LGBT+ allies part of an LGBT network having a big positive influence on organisational culture and the visibility of the network. However, my attempts to set up a Race and Ethnicity Network that included both people with lived experience of racism and white allies, did not result in an active network that people found useful. I’m pleased to report that since then staff have established a Black and Minority Ethnicity staff network that is active, has grown rapidly and has played a major role in an ongoing review of race equality prompted by the Black Lives Matter protests of 2020. They are developing ways to help allies be allies, but their priority is to provide that safe supportive network for people who are racially minoritized. And it’s working. This choice depends so much on the organisation, the timing and the wider world – but don’t be put off if the first version doesn’t work.

How can you support staff networks? 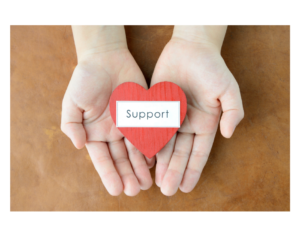 For staff networks to be effective as change agents and influencers, organisations need to recognise them as such as well as “support groups”. Things you can do to reinforce this message include:

For more excellent tips and resources, visit the NationalDayForStaffNetworks site. And if you want these tips to take away – here’s an infographic for you. 5 ways to empower staff networks