From diversity to belonging – a Frozen journey

She is blonde, has waist, hip and eye proportions only possible for Disney princesses and can throw snowflakes from her fingertips. In short, nothing like me. However, Elsa from Frozen is in many ways my soulmate. And her journey through the two Frozen movies (as in 2020) also takes us from diversity to belonging in a uniquely captivating way. 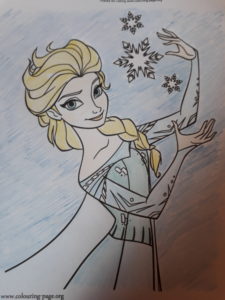 Spoiler alert (I can’t believe that many of you who were interested by the title of this blog haven’t seen the original Frozen, but there might be a few who haven’t seen Frozen 2 yet – I won’t give too much away of the second film here but I need to say a little)

Frozen hit the big screens in 2013. The tale of two sisters rapidly took over the known universe, or at least it did for those of us with small children. I took my sons, then 4 and 6, to the cinema to see the latest movie thinking that I would spend a happy 90 minutes in a comfortable chair with peace and quiet. Little did I know that I would get a punch to the stomach and end up crying for a good part of it. Elsa is the princess with a secret. A secret that she has been told to “conceal, don’t feel”. But she knows she is different, and that she must hide that difference. The fear of her difference however becomes too much and she eventually escapes. I started crying during the “Let it go” song where Elsa finally accepts her different skills (essentially she is the Snow Queen from fairy tales) and sings as she revels in letting her powers be free. Why? Because somewhere, like many many others, particularly those from under-represented groups in their workplaces, I identified with putting on an act and hiding the real me when going about my daily business. In Frozen, Elsa originally concludes that the only way she can be her true self is away from everyone else but eventually her differences are recognised, celebrated and valued and she returns to reign over her kingdom once more. Diversity in magical powers is respected and included and all is well.

Fast forward to December 2019 and Frozen 2. The boys, now 10 and 12, indulge me in going to see Elsa’s return (so long as I don’t tell anyone they know on social media…sorry). We find Elsa happily magically diverse and using her powers for good. And yet things aren’t quite right. Elsa is INCLUDED, but doesn’t feel that she BELONGS. She hears a mystery voice from the North and embarks on another journey of personal discovery accompanied obviously by her overprotective sister, many reindeer, and a philosophical (yes really) snowman. This time the big singing number is “Into the Unknown” which contains the lyrics “Or are you someone out there who’s a little bit like me, who knows deep down they’re not where they’re meant to be?” . Elsa feels she doesn’t belong in Arundel and is desperate to find somewhere she does. Her feeling of not belonging gets in the way of being queen and, at least for a while, her family ties.

Elsa’s need to belong, despite her diversity being recognised and celebrated, and her inclusion in life in Arundel, picks up on a basic human need, and reminds us that happiness and indeed effectiveness as a leader is enhanced when we belong.  It isn’t enough to have a diverse organisation with inclusive practices, people really have to feel they BELONG to be most effective.

There are many other movies with similar themes of course. And if you want a demonstration of the importance of belonging in the real world workplace, I recommend this article in Harvard Business Review.

But I’ll probably always have a tear in my eye when I hear Let it Go (and not just as a meteorologist admiring the person who got “frozen fractals all around” into the lyrics), and, as I don’t think Frozen is going away any time soon, it will be a frequent and musical reminder of the importance of going all the way to BELONGING.