Carrots or sticks – Are we ready to remove levers for prioritising diversity and inclusion in Higher Education? (Hint, no)

Yesterday was a day of announcements for diversity and inclusion in Higher Education. On the one hand, Amanda Solloway MP, Science Minister, emphasised the importance of creating “.. a culture that welcomes the widest range of viewpoints, experiences and approaches, all of which contribute to a broader and richer R&D system – allowing the work itself to be more diverse, brilliant and impactful” when speaking to researchers during Vitae Connections Week 2020. Elsewhere in her speech, she recognised issues associated with bias in relying on publications and the continued challenge of bullying and harassment.

The second announcement by the Science Minister and her University counterpart Michelle Donelan, said that as part of the reduction of bureaucracy needed to allow people to focus on teaching and research,– Athena Swan awards will no longer be used as a metric by UKRI in forming judgements about departments, nor as a requirement for those institutions seeking NIHR funding. Instead, the Ministers want “universities should feel confident in their ability to address such matters themselves and not feel pressured to take part in such initiatives to demonstrate their support for the cause the scheme addresses.” I think this is also what the Science Minister was referring to when she said “promoting diversity should never simply be reduced to a tick-box exercise – just one more thing you have to demonstrate to win funding” at the Vitae meeting. 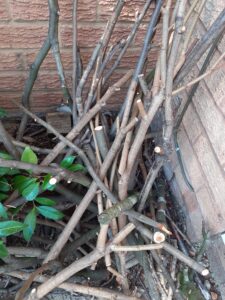 It is hard to argue with that last statement. Promoting equality, diversity and inclusion (EDI) is about widening access and opportunity, social justice and employee well-being, as well as future proofing our organisations in an increasingly diverse world. Reducing EDI to a checklist is one of the criticisms levelled at many of the diversity and inclusion related charter marks within HE and elsewhere. But it is not really the schemes themselves that do this, it is the application of them in organisations. And it isn’t always the case that a “diversity and inclusion checklist” is a bad thing. “Feeling confident in your ability” to address something is not necessarily the same as being capable and willing to effectively do it (insert your own example here). In these cases, checklists can at least get something sensible done in the short term. Checklists within schemes and charter marks can act as either carrots or sticks depending on the reward or link to funding.

I think the worry I have with these changes and statements is that they don’t understand the reality of the experience of those fighting for diversity and inclusion in HE. Diversity and inclusion is not yet embedded as business as usual in most organisations and therefore constant pressure is required to keep it on the agenda. When crises happen, and/or finances get tight, EDI is still one of the first things to be pushed down the to-do list. EDI champions and under-represented groups need every possible lever to keep equality on the agenda. These announcements remove at least one lever in removing the link to Athena SWAN for research funding and in judgements of departments by UKRI- UKRI will however still require demonstration of commitment to diversity and inclusion in some way. I hope they have the expertise to distinguish between genuine commitment and “the right words” within those demonstrations.

Most institutions are a very long way from D&I being accepted as a priority, and still have much to learn about how to produce real change. Whilst the charter marks were definitely overly complex and demanding to apply for, if HEIs now choose to opt out, they will lose the opportunity to be challenged by and learn from external organisations – this challenge and sharing of good practice is how we grow and make progress. Some of these schemes act as both carrots AND sticks for different times. At a time when inequalities are being emphasised and increased via the impacts of a global pandemic, particularly for BAME groups and women, we should be paying more attention rather than less to equality. Any initial sighs of relief from local Athena leads will be replaced over time with a realisation that we are not yet ready to remove these levers. Ultimately, staff and students will lose out as momentum for EDI drops. Extending existing awards to deal with current workload crises, adopting a flexible approach to changes in action plans and implementing the finding of recent reviews designed to reduce bureaucracy would seem a better alternative. R